Citizens Responsibility is to keep elected officials accountable.  Blame it on the approaching Mercury in Retrograde, I have been thinking a lot about this lately. Here are my reflections on leadership in the world.

Then I saw this from Susan B. Anthony “I distrust those people who know so well what God wants them to do, because I notice it always coincides with their own desires.”   She was talking about Women’s rights as citizens. 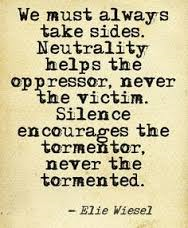 I am going to talk about corruption among those that lead others.There seems to me a shift that needs to happen, and it has been brewing for some time.   It doesn’t matter if it is at the Federal, State, County or Town level; even within Clubs, Associations and Churches.  For a lack of a better reference the word Institution comes to mind.
If an elected official does something that is not right or in the best interest of the institution at hand, it is the responsibility of those that put that person there to say something.  To do something.  By not doing anything you allow it to continue.

Members of any group are to keep those that are custodians of the “institution” accountable for their actions.  That you need to push back and question their motives.

Perhaps they may just see what is wrong and correct their actions.  Then again they may not, then you pushing back may give someone else the courage to do the same and before long you look back and the situation is corrected.

I often feel like the young boy in Hans Christian Anderson story “The Emperor’s New Clothes” right now.  Too often I see where it has gone wrong.  So terribly wrong and everyone just shakes their head and say “nothing I can do”.  Everyone is afraid to say something, much less do anything.  Those in power have absolute power.

It is time to say NO MORE!

You must stand up and say something.   Silence allows unacceptable behavior to happen leaving you to wonder how this occurred.    Today it is something small — tomorrow it is something horrific.  Much like the frog who is able to jump out of a pot of  water slowing brought to a boil that dies in the boiling water.   At any point he could have gotten out of the water but does not and when he realizes that he is in danger it is too late.  He is too weak to jump out of the water.

It is your responsibility as a citizen or member of an organization to hold those in positions that are elected ACCOUNTABLE.    Don’t wait until it is too late, say something when it is warranted, not everyone has the courage to speak out.  Your voice may be the catalyst for others.   You are just as important as those that hold elected positions.

Organizations are easier than Governments, but both can be done.   Start by learning bylaws that run an organization.  Become familiar with Roberts Rule of Order.  Become vocal.  Speak the truth.  Trust that if you are thinking and feeling that something is wrong that others are too.

I understand on a whole new level that it is better to stand alone than with a crowd going in the wrong direction.  Political correctness has gone awry.   Stop hoping that someone else will correct the situation and do something.   If you do nothing, shut up and stop complaining.  Get out of the way of those that are making changes.

One thought on “Citizens Responsibility – To Keep Elected Officials Accountable”