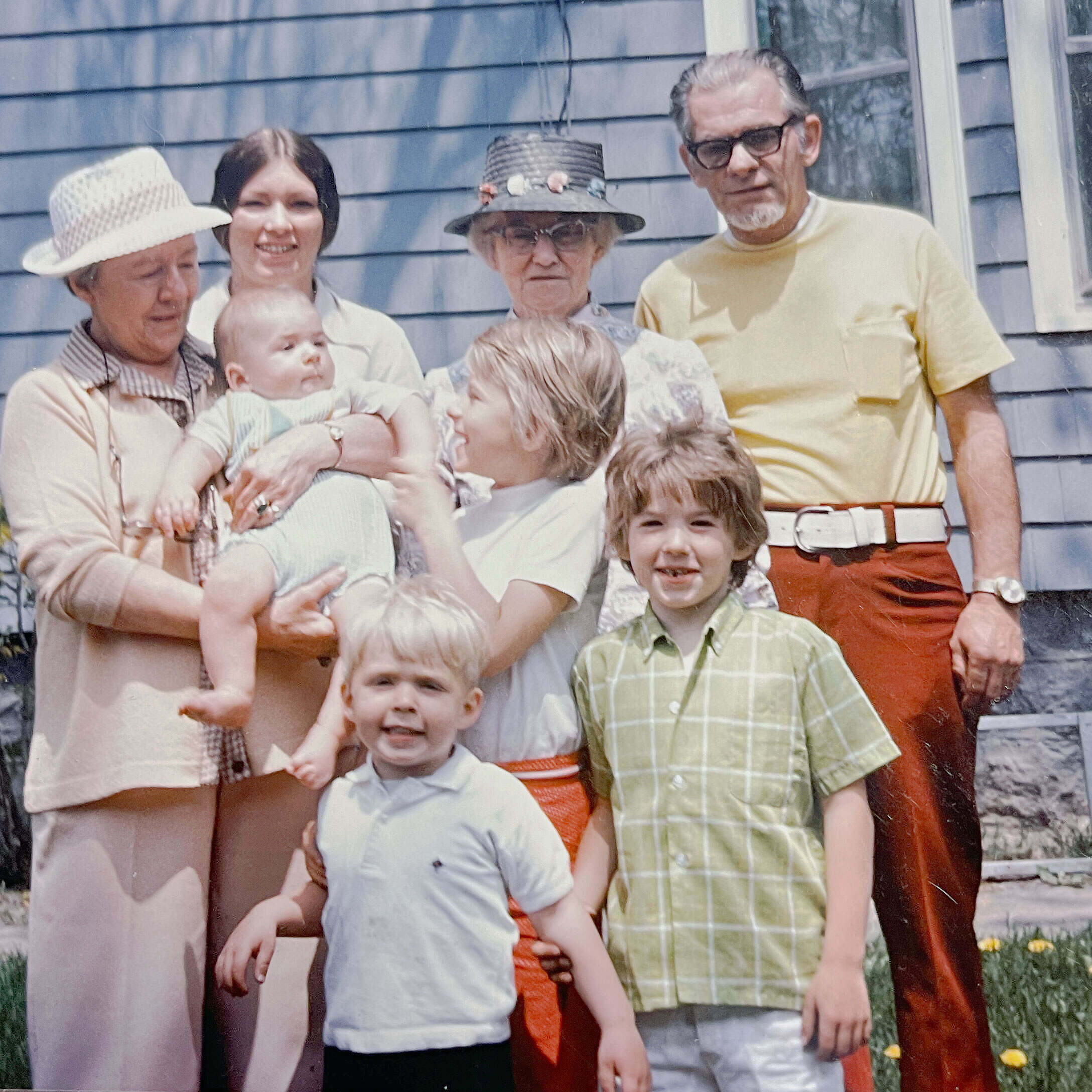 Mother’s Day is a tough one for me.   It brings up all sorts of emotions and memories that were not always happy.  I stumbled across a photo earlier this week and it has brought me back to my deepest wounds.  The forsythia is just about done blooming behind us.  What struck me was that my mother was hiding in the photo.   Most people see a happy family portrait.   What they do not see is the reality of the story.

The picture is from 1975, I believe it was Mother’s Day weekend.   My mother’s parents are there as well as my Aunt Stella.   They all lived in Penn Yan at the time, so they would come to us in North Tonawanda for the day.   They really didn’t like my father, and probably wanted to make the day special for her.  Knowing full well he would not.  Even at the age of nine I knew that his view was that EVERYTHING was about his comfort and his needs and everything had to be about him.

My mother’s breast cancer rocked his world, and he did not like one bit.

I think this is one of the first photos after she had her first mastectomy.  I see her smile is forced.  To me she is saying “just get it over with already”.  At that time, she was going through so much, silently.   I cannot imagine the weight of depression she must have been feeling.  Because at the time it was just not discussed.  I know she had her surgery when Tim was a month or two old. He was born in October.  That Christmas must have been horrible for her.  Times were changing as Betty Ford had the same procedure as my mother in November of 1974. But they weren’t changing fast enough to impact the feelings I see in that photograph.

Her second mastectomy would take place twenty years later in 1994, I was living in New York City. Tim, still living at home, took the brunt of the pressure to take care of her that time. My father was long gone from the situation, living elsewhere.  Breast Cancer awareness and pink ribbons were everywhere.

Forty-five years later I would face my own double mastectomy in a totally different way.  First off, I did it as a preventative.  I have lived it publicly and had such great support.  It makes me mad at my father for the lack of kindness he showed her during this time.  My memory of the picture being taken is that my father was agitated that he had to take the photo.  He had “somewhere else” he needed to be.

It was a treat to see Aunt Stella.  Both my mother and I adored her.   Aunt Stella wouldn’t normally visit but came to cheer my mother up.  It was years later that I found out that my mother had breast cancer.   I just knew she was sick and that I had to step up and help with my brothers, most importantly Tim, the baby.   The timeline is blurred for me,  and I am now the most senior person alive who is in this photo.  I have to look deep into the image for information.

I am not looking into the camera, but to my grandmother and brother Tim.   The three of us are avoiding the eye of the photographer, my father.  Why I was adoring Tim was because we spent a lot of time together.   I did a lot of taking the lead with his care when I wasn’t in school.  At the time I was the one to make him smile.    TJ and Tom would spend a lot of time with our dad.  They naturally are smiling at him.  Most often my mother was alone in her room, hiding from the reality that was her life.

This is probably about a year before my grandfather became sick.  My grandparents moved to Tonawanda to be closer.   There were months of daily hospital runs to take my grandmother home from the VA to Tonawanda.   My mother took TJ and Tom, leaving me with Tim.   My father worked mid-nights, so I would have to be quiet.  That is why the two other boys would go with my mother.   I could manage Tim.   For years, my mother was on auto-pilot.

This was the first real sign of a crack in my parents’ marriage.   In 1979 it completely fell apart.  My father blamed my mother and then grandfather’s illnesses for the lack of affection he got.   So plain to me now is his lack of compassion and sympathy to the woman he married caused that lack of affection in return, not her breast cancer or desire to take care of her parents.  Let’s not forget his heavy drinking may have had something to do with the situation.  Is it any wonder my mother spent the rest of her life angry at the world?

Why write about this and share?   My wish to anyone who struggles with family on this day is I see you, and I feel your pain.   May you find peace and you discover the wounds and find a way to heal.  It is an on-going process.  Be gentle with yourself.  Know that there is more to the story than you are experiencing.

I have had my own failures as a mother and my son (and to some extent, my step-children as well) view me in an unfavorable light.  The truth is there are two sides to every story.  Then there is the truth.  Take this photograph.  There are nine people involved in this one photo.   There are many experiences that crossed paths in that one captured moment.

Not everyone wants to know your truth.   That is a hard lesson, but over time it makes it easier to move forward. 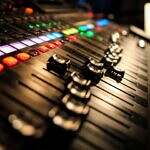 There is someone that needs to hear this…. 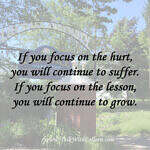 When you need inspiration 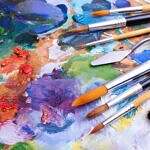 The Benefits of Failure and Imagination 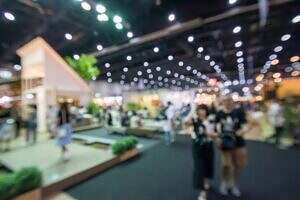 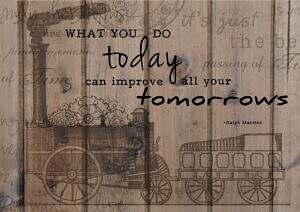 Next post Motivation Killers that may be Stalling Your Success