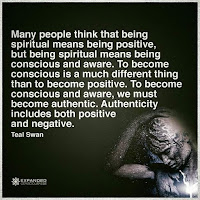 At times I write about various topics regarding Spiritualism and what it is and means to me.

As a teen my Grandmother on my Mother’s side of the family would always say I am not Religious, I am Spiritual.   There was deep divide between the two sides of my family about Religion.
At the time I questioned the difference between her and my other Grandmother.  She went to Church every Sunday.  Served on this committee or that and was deeply involved in our Roman Catholic Church.   My Polish grandmother was deeply Religious.  She also made is very clear my Mother’s Mother was going to hell.

Being Close to God

At the Wednesday night service in Lily Dale early in this journey my deeply religious Grandmother came through so proud of me.   The Medium said “of my 17 grandchildren, you are the one closest to God.  I am so sorry I gave you such a hard time about Religion.”   I could hear her saying it — and the surprise in her voice.

Organized Religion attempts to control the masses and the message that they receive and makes you believe there is some deep secret to the connection.   I have since learned that Spiritualism although considered a Religion is really a way of life.
In 1919 the National Spiritualist Association of Churches defined it this way:

Spiritualism is the Science, Philosophy and Religion of continuous life, based upon the demonstrated fact of communication, by means of mediumship, with those who live in the Spirit World.
Spiritualism is a way of life, first and foremost.   The Religion of Spiritualism attempts to share this way of life with others in a format that many are familiar with.   There are a wide variety of independent churches along with the NSAC.   All work together to promote an understanding of the connection with Spirit and each of us are encouraged to define that for ourselves.

My Exploration of Spiritualism 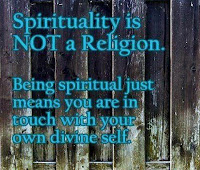 By far, my journey is far from over.  I am personally learning each and every day.   What I believe today may change on some truth that I learn tomorrow.   All I, and anyone else for that matter, can do is be open to learning and growing.

Natural Laws of the Universe