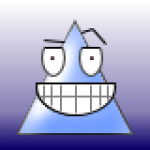 We will not speak of the year just preceding the one in which we find ourselves on this January 1, 2021.  As long as I can help it, I will call it “The Year That Will Not Be Named,” with apologies to a certain villain in the Harry Potter series of books and films.

But, as I had for a couple of years, I had called out three words for the year, as my wife Colleen had for a number of years before that.

My words for The Year That Will Not Be Named were Believe, Build and Inspire.

I’m not sure I did any of that.  It was hard to Believe what was going on in the world (and for those of you who’d like to forget it, I’ll skip the details.)  Not much in the way of Build, unless you count my resume, which I suddenly needed to refresh in June when my position was eliminated (and no further comment on that either).  As for Inspire, if I did any of that I certainly don’t know about it.  For one thing, after March there was not much of an opportunity to inspire anyone in person, a circumstance that continues as I type this.

This made me wonder as the End of The Year That Will Not Be Named approached whether it was a good idea to come up with three words for 2021.  Maybe I should just come up with three really negative words and see if the opposite happens.  Perhaps “Don’t Jinx It” would be a better approach—and what do you know, that’s three words.  Colleen quickly cautioned that I didn’t want to “put that out there.”  I wasn’t sure whether I would be able to put anything out there.

I still thought about it, though, as the general lack of celebration for New Year’s Eve approached and then was completed.  I had selected my previous three words weeks ahead of time and Colleen had already locked down her new trio (bounce, engage, complete).  No pressure, George.

Something I still need to write about is the community of squirrels that are residents of and/or visitors to our backyard.  They frequently reminded me of… me.  At times my thoughts wander so quickly from one topic to another that I do call it “squirreling.”  (And Colleen concurs, completely.)  If you’ve ever seen a squirrel running, stopping, running, stopping, taking off in a different direction entirely, and then climbing a tree, or zipping headlong into the middle of a street with a car approaching, only to come to a screeching halt and zoom back in the opposite direction, you get the idea.  So the second word I decided upon was Focus.  As in, Focus On One Thing.

Wait, that’s the second word?  What about the first one?

Well, despite my misgivings that if I put a positive word out there I would get the opposite of what I wanted, the first word that came to mind was Peace.  It appears to be in short supply these days, not only in a global and national sense but also at the level of many an individual, who is deeply impacted by events and circumstances, to the point of insecurity about food, shelter, finances.  The Year That Shall Not Be Named was devastating, and frequently deadly.   Yes, I think Colleen and I have been fortunate in that we were not affected this directly, merely inconvenienced.  The changing of the calendar is not suddenly going to turn this off, I know, and we may still experience many repercussions for months if not years to come.  Yes I would still like there to be peace, now and always.  It may be entirely questionable whether that is in our nature—“man’s inhumanity to man,” anyone?, but I will try to be optimistic.

The third word was more difficult.  I considered “Calm” but for me that’s close enough to “Peace” and besides, I thought that was a genuine candidate for an Opposite Outcome.  Other words flitted in and out of my head before I settled on Harmony.  I’m old enough to remember the song “I’d Like To Teach The World To Sing (In Perfect Harmony)” which began as, of all things, a commercial jingle for Coca-Cola which was featured in one of the most famous television advertisements of all time.  Harmony isn’t just about singing together in “the combination of simultaneous notes in a chord” (I had to look this up).  It’s also “an orderly or pleasing combination of elements in a whole,” and couldn’t we use a lot more of that right now.

And so there they are.  Let’s see what happens this year.  Hopefully I and  we will experience something closer to what these words mean, otherwise I might just go Opposite on you, world, for 2022.

Is it time to quit Social Media?

Natural Laws of the Universe

A great throwback photo for Thursday of my brother

Last night’s game. It is fun to spend time with

Been out of the gym for over a year. First day ba

Please leave me alone. It has been a tough day.

I have been asked where I have I been. Fair quest

They are not interested in my breakfast at all. #

Sorry your wisdom teeth are healing and you hurt.

We are enjoying this livestream. Three Woman and

Another game option. We are still figuring this o

Merry Christmas to us. New heating and air condit

Are you a Victim of Spiritual Jealousy?

Removing negative energy from a space

Someone grieving – Here is what not to say